skip to main | skip to sidebar

The following is a not so impartial review of Utopian Dreams, the new release of an old live-in-the-studio recording by Moogy & the Rhythm Kings, Long Island, March 1972. 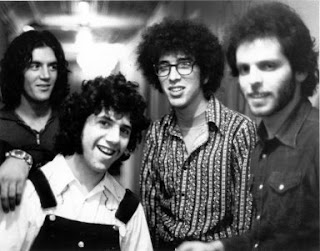 The set opens with the rollicking locomotive grind of Midnite Train. Next up is the funky Tonite I Wanna Love Me A Stranger that sports a cool Dr. John vibe. The soulful confessional Dust In The Wind follows which is without question one of Moogy’s best-known and beloved compositions. The instrumental Heaven On Earth is a jazzy delight, reminiscent of some of that era’s better prog-bop tracks. Woulda fit in nicely in Mickey Rourke’s Barfly flick. The great Ralph Schuckett takes center stage for the next two tunes, the street-wise shuffle of Gimme That Bread and the bittersweet ballad Welcome To My House that’s sure to be a fan favorite, especially in light of the fact that 38 years after the actual performance most of us Boomers can relate to the beautifully expressed sentiment. Just a wonderful song. The following four are all Moogy standards (I Can Love / Cryin’ In The Sunshine / Kilpatrick’s Defeat / The Man At Ease) delivered with typical soulful flare and tight arrangements. I’m A Ram is an all-out rock-funk jam with plenty of electric piano and organ solos. Makin’ The Rounds At Midnite is a self-professed hunk of funk with a tip of the hat to Jerry Lee. The set concludes with Raised On An Island which starts off with a distinct Siomos drum beat, then John Siegler falls in on bass, then Schuckett on organ, and finally Moogy offers his “humble lick on the piano.”

It turned out to be more than just a Utopian Dream, it laid the foundation for one of the most respected and creative musical forces of the era – a few years later the mother ship landed and out popped Todd with his spacey guitar and Utopia became a reality. And now thirty-eight years later the founding father is still rockin’ – Keep On Rockin’ Moogy!

Utopian Dreams is brought to you by Moogy Klingman and Silver Moon Music and is available for purchase from the Silver Moon web site. NOTE: the performances are grand, the sound quality not exactly pristine. My suggestion is to dial down the bass, bump up the treble, crank the V and enjoy with a Newcastle Brown or three.
Posted by ~~~ utobya ~~~ at 12:14 PM 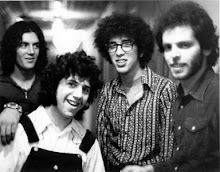